Sinoboom has announced that industry veteran Tim Whiteman will be CEO of a new, European subsidiary of the parent company. Based in Rotterdam, The Netherlands, the new company will be responsible for all Sinoboom’s activities in Europe. Whiteman joins as CEO of Sinoboom BV and senior vice president of the parent company with responsibility for the group’s safety strategies and branding.

Whiteman said, “I’m thrilled to be in at the start of this new company – I’ve known the owners of Sinoboom for many years and have always been impressed with their vision and drive toward creating a global, world class company with top quality products and systems. We have a great group of highly motivated team members, are recruiting for experienced personnel in Europe and can provide rental companies with a truly reliable, modern product”.

Susan Xu, president of Hunan Sinoboom Heavy Industry said,  “Tim’s network of contacts, experience of working across multiple cultures and leading a fast-growing international organisation make him the ideal person to launch this next stage of our growth.

“We will become an integral, full service part of the European industry in order to give the best possible service to our customers” added Xu.

The European subsidiary will import and manage the distribution and service of the growing range of Sinoboom MEWPs and continue to work with existing partners such as Liftstore in Poland.

Whiteman was previously CEO and MD of the International Powered Access Federation (IPAF) for 15 years. Before that he was owner and publisher of the Vertikal Press.

Sinoboom’s modern factories are based in Changsha, China. The privately-owned business, which developed the first Chinese built boom platform and was launched 12 years ago, recently launched  the world’s largest articulating boom platform, the 46.69m platform height GTZZ46J. It is best known for a growing range of high quality, reliable scissors and booms. 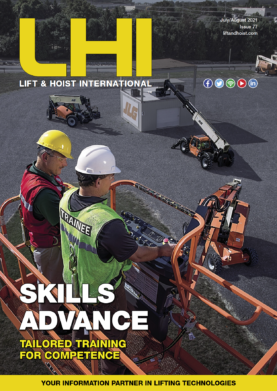 The Insider: Accept the current climate.